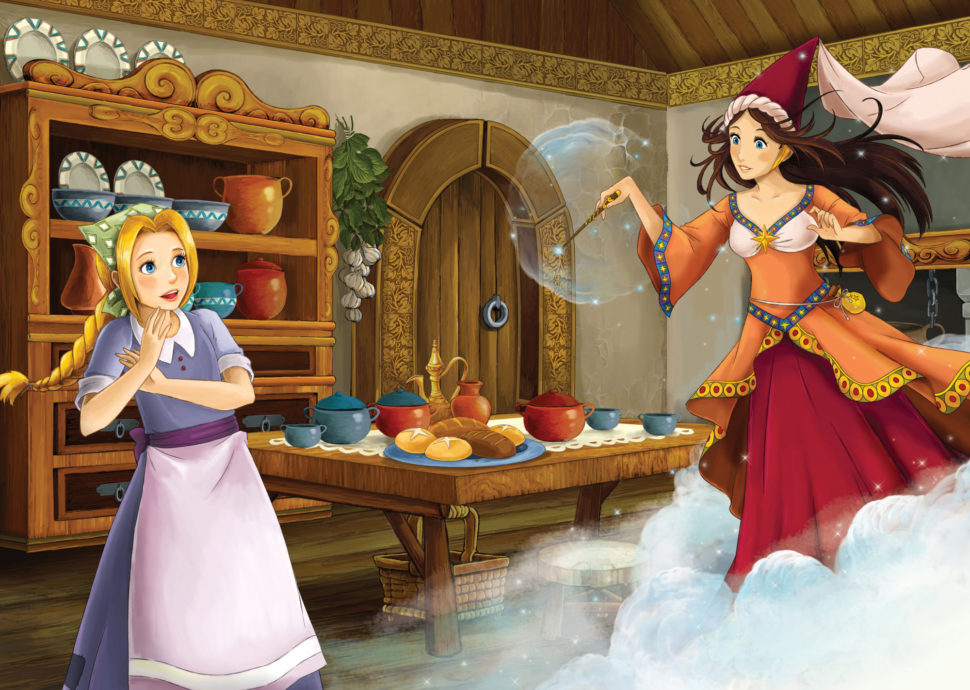 „Once upon a time there lived a maiden named Cinderella. Her mother was dead and she had to work very, very hard in the kitchen. She had two older sisters, but they were cross to a little Cinderella. They made her stay among the pots and the kettles and do all the hard work about the house. Sometimes, to keep warm, she crept in among the cinders.

That is why she was called Cinderella. One day the sisters came dancing into the house. „We have been invited to the king’s ball,“ they cried. At length the day of the great ball came and the two sisters rode away in their fine silk dresses. Poor Cinderella, who had to stay behind, looked at her old ragged clothes, and burst into tears.

„Alas,“ she cried, „why should I always have to stay in the kitchen while my sisters dress in silks and satins?“ Hardly had she spoken when there stood before her a dear little old lady with a golden wand in her hand. „My child,“ she cried, „I am your fairy godmother, and you shall go to the ball, too. First go into the garden, Cinderella, and bring to me the largest pumpkin you can find.“ When Cinderella had done this, the fairy waved her golden wand over the yellow pumpkin. In a flash, it was not a pumpkin at all, but a beautiful yellow coach.

„Now bring me four white mice, two large ones and two small ones.“ In a moment, Cinderella brought a trap full of mice into the room. The fairy waved her golden wand and the two largest mice were turned into two snow, white horses. Two small mice became two men, one a coachman, the other a footman. „But how am I to go in these clothes?“ said Cinderella. „Ah, let me see,“ said the fairy. And she slowly waved her wand over the maiden’s head. Oh, what a change. The rags tumbled to the floor. And, what do you think! In their place was a beautiful pink silk dress.

The ugly shoes fell off. And, lo! A tiny pair of glass slippers were on Cinderella’s little feet. „Now listen to what I say,“ said the fairy godmother. „You must not stay after the clock strikes 12. At that time, your coach will again be a pumpkin. The men will be mice and you will have on your old ragged dress.“ Cinderella said she would not forget.

Then she jumped into the coach and away she drove to the king’s ball. The king’s son was charmed with Cinderella. She was so very beautiful that he would dance with her and with no one else. Cinderella had such a good time that she forgot about the clock. It began to strike twelve – one, two, three. Cinderella ran from the room. Down the steps of the palace she flew. She ran so fast that she lost one of her little glass slippers. The clock finished striking. Lo! The coach turned into a pumpkin. The horses and men turned into mice. Poor Cinderella had to walk home in her ragged clothes.

The next morning, the prince found Cinderella’s little glass slipper on the stairs. „There is only one maiden in all the world who can wear so tiny a slipper,“ said the prince. „I will marry her and no other.“ The prince hunted far and wide for a maiden who could put it on. Many tried, but none could do it. At last he came to the house where Cinderella lived. The two older sisters tried and tried to put the slipper on their large feet. While the prince was waiting, Cinderella came into the room.

„Let me try it,“ she said. „You!“ cried the older sisters. „You could never put it on.“ „Let her try it,“ said the prince. At once the little glass slipper was fitted to the tiny foot. Then Cinderella stood up; her ragged clothes turned into a beautiful silk dress, and there were two little slippers on her two little feet. Then the prince knew that Cinderella was the one he had danced with at the ball, and taking her hand, he led her out to his coach. Soon they were married and lived happily ever after.“ 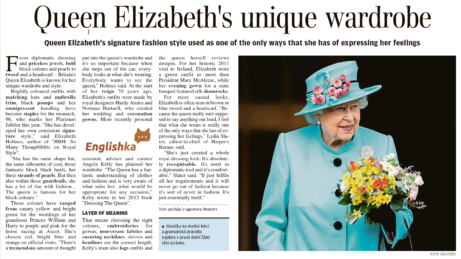 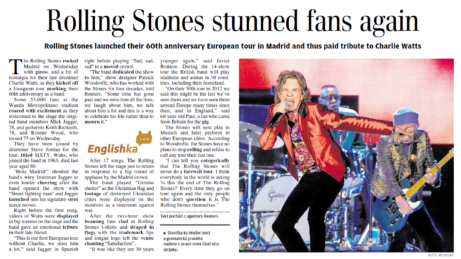 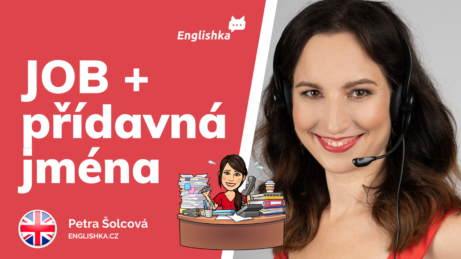